Do you know what Palo Cortado is? Have you ever heard about it? It is delicious, nevertheless. One of my absolute favourites. Palo Cortado is a certain, ambiguous, intermediate type of sherry. The rarest and most legendary type as well, with a bit of exaggeration. Legendary, you will see that later, as it as elusive as it can get.

Nowadays sherry is not a popular drink, which is a shame! It is relatively cheap, and you can find a different type of sherry to almost any types of food, from light and refreshing kinds to nuttier, fuller bodied ones, to unctuous sweet versions. It would whet your appetite whilst enjoying canpés or tapas, starter, fish course, mains or puddings.

Back to our topic. What is Palo Cortado? That is an exceptionally good question. I have never have given a straight answer to that. Nobody completely understands its true origins. Even the Consejo Regulador, the Regulatory Board, has a rather vague definition about aroma characteristics of an Amontillado and palate characteristics similar to an Oloroso, oxidative ageing after the initial flor has disappeared. No requirements about how it should be made or aged, other than some oxidative ageing should happen along the line. But how is it any different to an Amontillado then? Amontillado which has Amontillado attributes, Fino derived characteristics, and aged oxidatively as an Oloroso. It sounds remarkably similar, doesn’t it? Obscure to say the least! It seems like it is a freak of nature, a rouge barrel with the mind of its own. Essentially it is more of a particular flavour profile than a method. A rare occurrence that cannot actively been produced. In theory they could have spend time under flor, but less time than an Amontillado. In reality, when a wine originally pre-selected to become a Fino, and later become an Amontillado if the flor fails, some of those barrels failing to develop any flor at all. Although they are containing wine with grater finesse, more delicacy than those pre-selected to become Oloroso, but they would age like Oloroso, from the very beginning. So, these wines have the elegance of an Amontillado, yet the power a full body of an Oloroso.

First pressings are usually destined to become Fino, hence the subtlety, grace and elegance. Traditionally, if a barrel started to stray away from that destination, becoming a Fino, by lacking flor development for some unspecified reason, it was picked out of the solera. The barrels are marked with chalk to identify what they contain, and the sign of Fino is a single vertical line, called ‘palo’. When it is struck out or crossed ‘cortado’ from the Fino solera the sign is a single diagonal line on top of the existing one. That is how the name came about. When the barrel is plucked out, the wine would be fortified to Oloroso strength to kill of any yeast lurking in the barrel and aged oxidatively from that on.

These days it is more likely to achieve this lighter, nuanced, more sophisticated Oloroso style of wine by selecting the finer first press and not letting to develop flor at all, but fortifying it Oloroso strength and age it oxidatively. There you have it! Palo Cortado, the rarest style and the smallest production of sherry that produces some of the greatest dry sherries of the world made possible by popular demand and the lack of clear regulations. It is delicious though! If you ever come across some Palo Cortado, do try it! 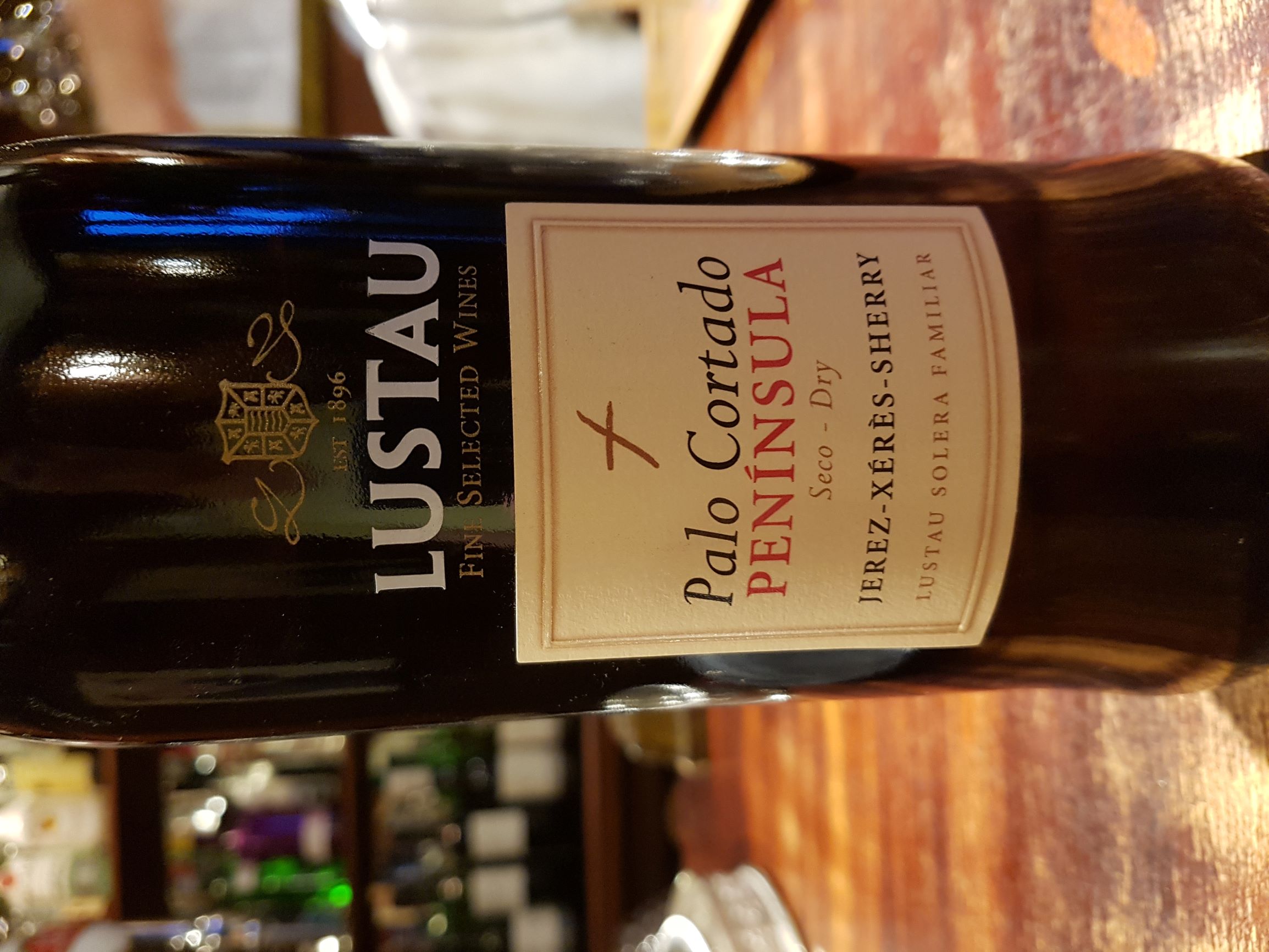