When I was invited to an exclusive Pomerol Masterclass with Monsieur Moueix, it would have been an understatement to say I was excited. It is not an everyday event even for the well-connected which I am not. I am just lucky!

Établissements Jean-Pierre Moueix is the largest wine merchant on the Right Bank, distributing fine wines from Bordeaux and California internationally. Globally recognized and celebrated, it is the coveted symbol for the premium wines of Bordeaux. The most famous and legendary of all is Château Pétrus, but they own and produce wines from numerous prominent crus, including Château La Fleur- Pétrus, Château Trotanoy, and Château Hosanna in Pomerol; Château Bélair- Monange Premier Grand Cru Classé in Saint-Émilion; Dominus Estate and Ulysses in Napa Valley, California, just to name a few. Eduard is the grandson of Jean-Pierre Moueix. He joined the company in 2003 and now he serves as an Executive Vice President. He developed Autres Rivages, the sister company dedicated to the distribution of Left Bank and California wines. He is a lovely French man with an intriguing English accent that mixes American inflection with typical French pronunciation.

The tasting list was quite an impressive one with 16 items, some vertical tasting, plus a surprise one Château La Fleur-Pétrus 2003.

The tasted wines included amongst others:

I am not going to give you tasting notes, I do not think there is a need for it. It was a fantastic experience with a world class selection of wines. I loved Château Latour à Pomerol, 2012, Château La Grave à Pomerol 2015, Esperance de Trotanoy, Pomerol, 2014, Ulysess, Napa Valley 2013, Château La Fleur-Pétrus 2003. 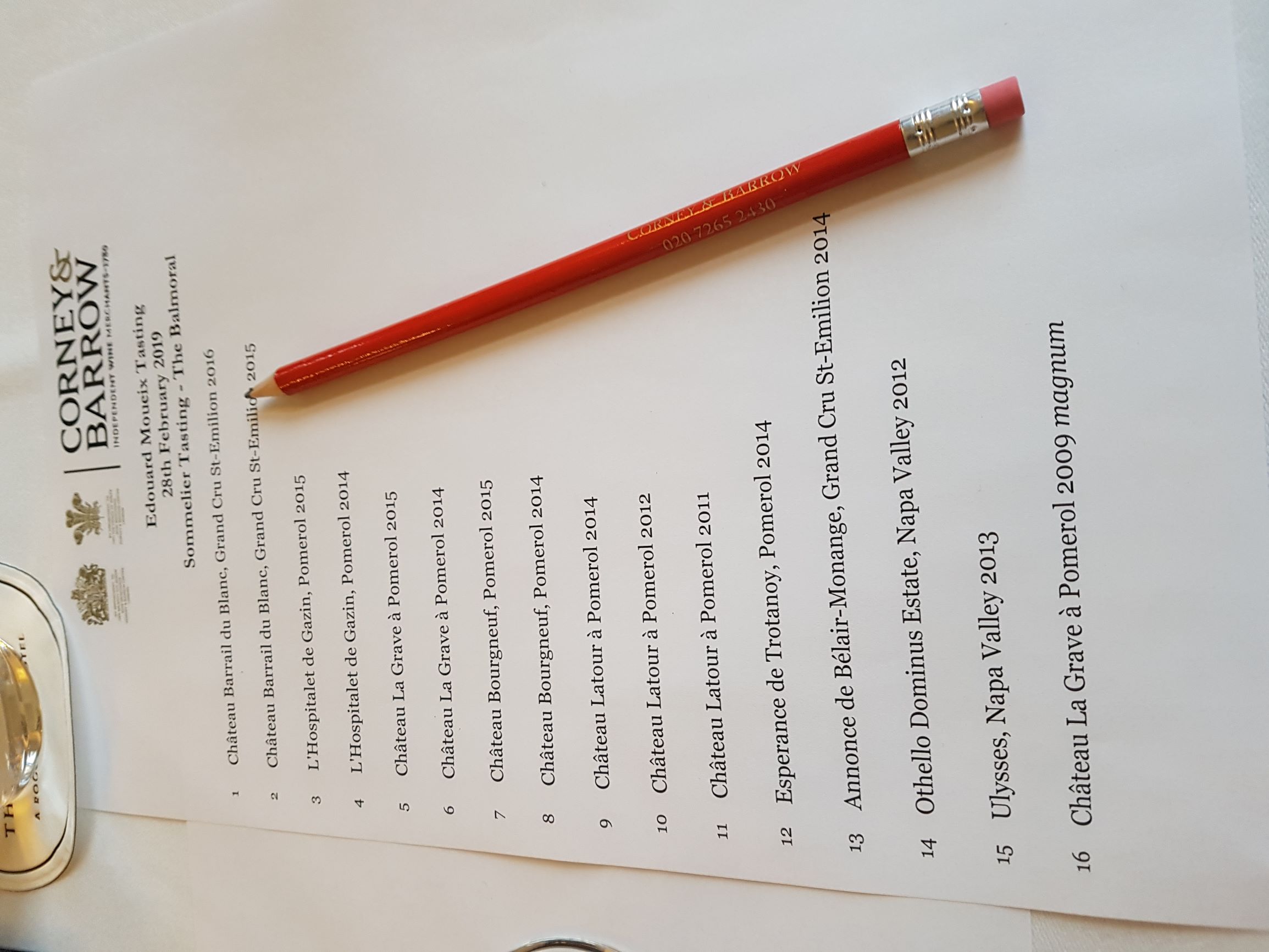 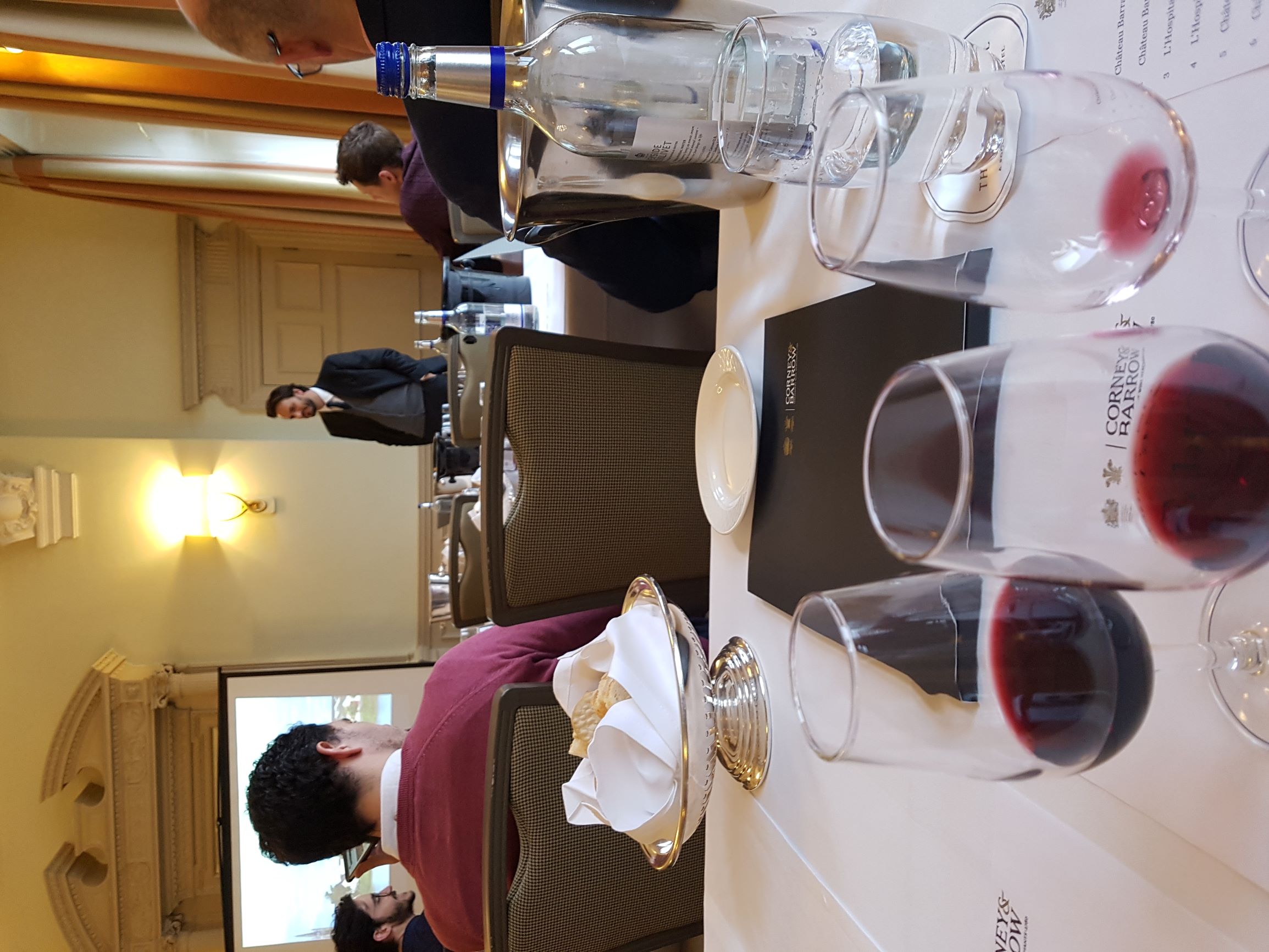